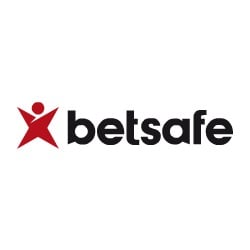 Betsafe might be new to this site, but it’s far from new to the industry. With over a decade of experience behind it, we’d classify it as something of a veteran given the relative youth of online gambling. It’s that longevity that enables the casino to establish special partnerships with other industry giants. Last month, they launched an exclusive slot from NetEnt that’s only available at Betsafe and other casinos in the Betsson group. The games is called Cosmic Eclipse and now they’re celebrating the release in style – by offering free spins on the game to all new players throughout January.

Cosmic Eclipse slipped off the NetEnt conveyor belt quite sneakily. Following a stellar 2017, which included the release of classics in waiting like Planet of the Apes and Finn and the Swirly Spin, you could be forgiven for missing their last release of the year. But Cosmic Eclipse landed at Betsafe on December 12th and guess what? It’s a great slot! The game’s full of features, as you would expect from NetEnt. Plus now you can play it for free if you register and deposit.

The offer opened on January 1st and continues until January 31st. It’s only available to new players, who will receive 40 free spins on Cosmic Eclipse after making a first deposit. The free spins are shared in four bundles. You receive the first 10 as soon as you deposit, with the other 30 arriving over three separate days in further bundles of 10 free spins. It’s an opportunity to try out a new casino and a new game all in one go. And remember, you will only find Cosmic Eclipse at Betsafe and a handful of other casinos in the same group.

You might have guessed from the name, but Cosmic Eclipse is set in space. There’s a swirling galaxy, twinkling stars and a games grid full of strange planets and weirdly shaped asteroids. There’s a wild symbol which, as ever, can substitute for any other symbol to create a winning lines. Then there’s the ‘Black Hole’ feature, triggered by a bonus symbol, which provides respins with guaranteed wins. 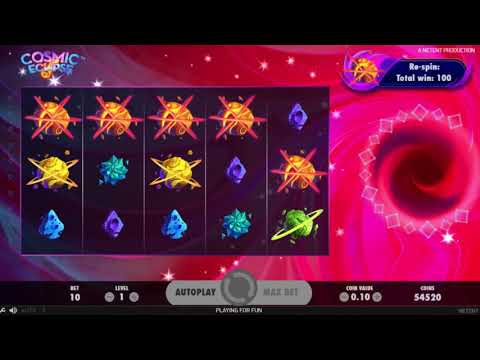 With 10 paylines, a 600 coin jackpot and a small clutch of special features, Cosmic Eclipse is a low volatility game. It’s readily accessible and wholly suitable for beginners. The dreamy soundtrack and sparkling visuals are reminiscent of other NetEnt games like Starburst and Sparks so if you like those two slots, you’ll probably like this one too.

This boosted bonus supplements the standard Betsafe welcome bonus, which is lucrative on its own, New players receive a 100% bonus when they first deposit alongside 20 Big Spins on Gonzo’s Quest. As Big Spins are worth £1 each, you’re more likely to win a significant sum of money using them.

Furthermore, Betsafe give you another 25 big spins on Gonzo’s Quest with your third deposit following 25 free spins on the same game when you deposit for a second time. Those two payments come with a 100% bonus and 50% respectively. It’s a warm welcome and provides you with the perfect introduction to one of the most popular online casinos in the world.

Mondays have a terrible reputation as post-weekend fun spoilers. Most of us hate them, particularly…

We’re still in February, but Asgardian Stones already looks set to end the year as…