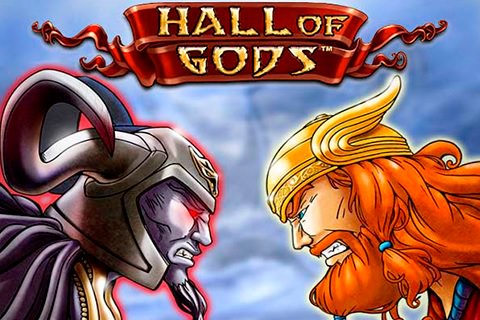 The best casinos to play Hall of Gods

Play Now
Valid for new players only without an expiration date. The Welcome Bonus can only be claimed only once. The first Welcome Bonus is a 100% Bonus up to £100 and 50 Bonus Spins. To claim the Bonus you need to make a min deposit of £20 See more

There are a handful of special slots from the NetEnt back catalogue that helped establish the company’s reputation – and Hall of Gods is one of them. Having first launched way back in 2010, it’s something of a veteran amongst online jackpots and it lacks some of the visual panache of more recent releases. That said, there’s something comforting about the painted symbols and animation – loading the game is likely greeting an old friend for us seasoned gamers. Plus, the slot may age but the end game never gets old. Hall of Gods presents you with an opportunity to play for three different progressive jackpots of varying sizes. And it goes about its business in a very straightforward way.

WHAT IS THE HALL OF GODS JACKPOT SLOT ABOUT?

Nordic mythology provides the subject matter for numerous online slots. Thunderstruck II has helped cement it as a favourite theme amongst players but it can’t offer the riches of this longstanding NetEnt progressive. Hall of Gods is, of course, another name for Valhalla, a vast, majestic setting where deities went to die, having been handpicked by Odin. The grandiose legends behind the story make it perfect fodder for a slot game. We’re sure the fact that NetEnt is a Scandinavian company helped inform the theme too. It even predated the resurgent interest in Thor since Chris Hemsworth picked up the hammer.

The game may lack some of the 3D animations of the other video slots but it matters little. There are still bits and bobs, the stacked serpent wilds come to life when they create wins for example, although the bonus game is as simple as simple can be. The slot still looks great and most people play for a shot at the jackpot, not complicated graphics. Given that the Mega Jackpot frequently tops several million and it can be won from any size of stake, it provides a compelling enough reason to play.

Hall of Gods doesn’t rely solely on its jackpots to engage online casino players. The Netent team have incorporated a handful of solid features into the main game and the effect is two-fold. Firstly, they add real value to the gameplay experience, as should be the case. Secondly, they ensure you aren’t solely reliant on the jackpot bonus game for your big wins. Sure, you’re never going to retire on the amounts you can win during the free spins. But there are decent amounts on offer and it will all help keep you spinning in pursuit of that life-changing amount.

The serpent wilds substitute for all symbols other than scatters and bonuses to create winning lines. Should one appear on reel 2, 3 or 4 and form a successful combo, it will expand to cover the entire reel and, in all probability, bigger wins.

I’m not usually glad to see a murder of crows (I had to get the collective noun in – it’s my favourite other than a gaggle of geese). One particular crow keeps pecking my car windscreen when it visits my driveway. Luckily, crows are rather more fortuitous in Hall of Gods because they grace the Scatter Symbol and activate the free spins round. Three scatters means 10 free spins, four wins you 15 free spins and five earns you 20. All wins during free spins are tripled so you can easily trouser a significant sum without even playing for one of the progressives.

HOW DOES THE HALL OF GODS JACKPOT BONUS GAME WORK?

The jackpots are hidden in what initially appears to be a normal bonus game. If you land three or more bonus symbols, you’re catapulted into a new grid featuring 12 stone shields. Thor’s hammer is handily poised to smash through the shields and reveal the prize behind. Match three amounts and you win it. But what of the jackpots?

Well, those ever-elusive jackpots also sit behind the shields. Of course, you’re more likely to swan off with a coin value but if you never know. The mini jackpot drops the most often and you’ll often see at least two ‘Mini’ symbols lurking behind the shields. If you find three, you can expect to bag a good few hundred pounds at the least. The Midi jackpot is a less frequent visitor to the bonus board but when it does drop, the lucky recipient usually bags a figure in the tens of thousands.

These are juicy cash prizes but they aren’t life changers. That’s reserved for the Mega Jackpot, which typically weighs in at several million pounds. Your adrenaline’s bound to pump if you reveal so much as one Mega symbol in the bonus round. However unlikely the chances of winning, it has to drop sometime. Remember that you can win the maximum amount from any stake level. Hall of Gods does not give special treatment to high rollers.

WHAT ARE YOUR CHANCES OF WINNING ON HALL OF GODS?

That last point is very important. You can only qualify for the biggest progressive jackpot on some games if you stake the maximum amount. Not so the NetEnt games. Hall of Gods is an inclusive jackpot slot. That said, the chances of you winning the big prize are slim – you can only dream-like thousands around the world who play the game and contribute to the growing prize pot each day. However, this game has built in a clutch of other features that ensure it plays like a standard video slot too. This ensures it behaves like a medium variance slot, with regular small wins bolstered by the occasional chunky hit on the free spins round.

OUR VERDICT ON HALL OF GODS

We’ve long been fans of this online jackpot slot from NetEnt. It’s aged over the last 6 or 7 years thanks to some conceptually simply bonus features and a popular theme bought to life by simple but effective graphics. It’s a great slot in its own right, boasting expanding wilds, a big free spins round (including x3 multiplier on all wins) and a bonus game. Obviously, it helps that the bonus game can precipitate some almighty jackpot wins. Feel free to dream but just enjoy a fantastic online slot in the meantime.

Play Now
Play Now
Valid for new players only without an expiration date. The Welcome Bonus can only be claimed only once. The first Welcome Bonus is a 100% Bonus up to £100 and 50 Bonus Spins. To claim the Bonus you need to make a min deposit of £20 See more
NetBet Casino
On Registration