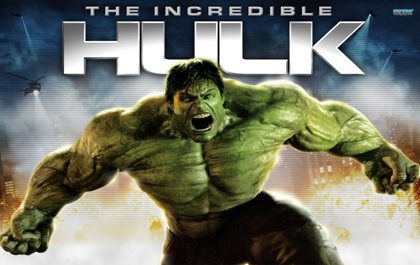 The best casinos to play The Incredible Hulk

Playtech have always made the most of their relationship with Marvel. It’s a partnership that has seen them release a steady stream of beautifully designed, innovative, exciting online slots, featuring a full cast of characters including Iron Man, Thor and the Fantastic Four. Everyone will have a favourite but for our money, The Incredible Hulk sits at the top of the tree. The other Avengers might not agree with that conclusion, but we bet they wouldn’t tell the Hulk to his face. (Please note this review references The Incredible Hulk: 50 Paylines version of the game).

WHAT IS THE INCREDIBLE HULK 50 LINES SLOT

You all know the story by now. You take a weedy, socially inept but academically gifted scientist called Bruce Banner. You accidentally expose him to gamma radiation. You piss him off a bit. Then he turns into a gigantic, fearless green monster with bone-crushing strength, limited intellect and a stinking temper. It’s basically Jekyll and Hyde on steroids. The characters of Banner and The Hulk have captured the imagination of comic book fans, TV audiences and filmgoers for the decades. Now The Incredible Hulk has his very own online slot and guess what? He’s not in a particularly serene mood.

Yep, the game is certainly faithful to the character. His face appears on wilds, snarling when they form part of a winning line. There’s a bonus game that involves him systematically destroying police cars and helicopters. He can even burst through the reels, destroying half the game interface. Fans of the character will love it but there’s plenty to capture your attention even if you couldn’t give too hoots about the big, green lump. This game looks great on both desktop and mobile, plus it has a stack of fantastic features to keep you engaged.

Pop culture slots always seem to have a stack of great bonus elements. I suppose the central character or theme provides a focal point around which companies like Playtech can build some creative features around. The Incredible Hulk is no different and for all that the game’s biggest features can sometimes seem tantalisingly out of reach, one tends to pop up when you need it most.

A particularly narky looking Hulk masquerades as the wild symbol. Individual wilds are a frequent visitor to the reels and help you keep you bank balance ticking over. However, the real beauty of the Hulk symbols is their potential to expand and fill an entire reel should they appear in a favourable spot. You’re looking for one of two scenarios here.

Firstly, if the wild lands smack bang in the centre of the third reel, it will expand to form a trio. You also get an accompanying respin to improve your chances of a big win. There’s even better news if you land wilds on reels 2, 3 and 4 in a single spin. All three will the expand to give you three entire reels of wilds and another respin. The latter feature can score you a massive win if you’re lucky enough to land it.

We’re absolute suckers for a little game within a game, they usually bring an extra dimension to a slot and the Incredible Hulk’s Smash Bonus is no different. You need matching Smash symbols to appear on reels 1 and 5 during the main game to enter the Smash Bonus round. Then get ready to flex your pecks.

Yep, this is an adrenaline fuelled pick and click game with a twist. The Hulk stands poised in destructive mood while you select police cars and helicopters for him to destroy. As he smashes the cars, he reveals coin values and multipliers (up to x5) are deposited by the exploding helicopters. If you’re lucky enough to trigger the random Hulk Rage feature, he will smash every car at once, allowing you to toddle off with the maximum pay out.

The Incredible Hulk logos are your friendly scatter symbols, which unlock the casino free spins round. You’ll need to be patient again but if you are lucky enough to trigger this feature then you might need to make some room in your wallet. Three scatters from a single spin will do the trick.

You receive 10 free spins but can add more if you hit more scatters. A x3 multiplier is applied from the first one so you can quickly rack up cash across, particularly if all 50 paylines are in play. All that can earn you some pretty hefty wins but what about the really big ones? Well, here’s the rub. Expanding wilds are available in the free spins round too. We’ve never seen one appear but we know of people who have. Combined with the x3 multiplier, you can win a fortune.

Playtech fans probably already know about the Marvel multi-level jackpots. Anyone who plays a game from the Marvel collection could trigger one of four mystery, progressive casino jackpots – Power, Extra Power, Super Power and Ultimate Power.

You enter into a mystery jackpot game when you play for the big win, by which time you are apparently guaranteed a prize. These are progressively accumulated jackpot amounts fed by all the Marvel slots in Playtech’s collection. As such, set your expectations low but keep your fingers crossed as you hope to trigger the feature.

WHAT ARE YOUR CHANCES OF WINNING ON THE INCREDIBLE HULK?

The original Incredible Hulk slot from Playtech was a highroller’s wet dream with a minimum stake of €25 an potentially huge pay out. The 50 lines version is a little more accessible to all but you know what? The prizes on offer are still potentially massive. There’s just one problem of course. The Hulk as likely to pop on a leotard and perform the Nutcracker as you are to trigger the free spins, smash bonus game of expanding wilds. Ok, that’s a bit of an exaggeration but you will need to be patient.

The expanding wilds can be particularly elusive, especially ones that fill three entire reels. We’ve seen both the Free Spins and Smash Game, however, although we didn’t manage to trigger expanding wilds during the former. It didn’t matter too much though, with the multipliers on offer in both these games, you can smash or spin you way to some fat cash. Standard wilds do help keep you topped up while you wait but we’d still class this as a medium-high variance slot. It has an RTP rate of just 91% so there is some risk.

OUR VERDICT ON THE INCREDIBLE HULK 50 LINES SLOT

Risk or no risk, this is one of the very best online slots on the market. It works beautifully on mobile or desktop, with slick animation, great sound and superbly implemented bonus features. The big features are rare but will reward patience with sizeable prize pots when they do pop up. Plus, they’re all fantastic fun, especially the Smash Game. This is not only one of the best Marvel slots or the best Playtech slots but it’s one of the best online casino games produced anywhere. With the relatively high house edge, it won’t be for everyone. But those who do like it will end up loving it.