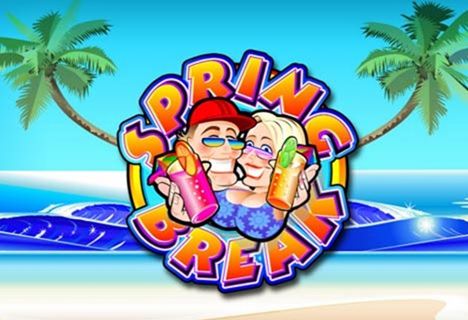 Spring Break is one of those American traditions that seems to spread to other parts of the world. A load of students get a couple of weeks off just as the summer is breaking across the Southern States and sod off to a beach for beers, barbecues and bonking. MicroGaming’s Spring Break online slot pays tribute to the ultimate holiday celebration. It’s bright, it’s colourful, and it’s unapologetically cheesy. We love it, of course.

WHAT IS THE SPRING BREAK ONLINE SLOT ABOUT?

I’ve mentioned how the Spring Break tradition has spread to other countries. Funnily enough, it never really caught on in the UK, most probably because we didn’t fancy heading to the beach in our jumpers to freeze our wotsits off. We’ve all seen the films though. Loads of annoyingly good looking people dancing on beaches with their arms aloft and asking others to apply sunscreen ‘suggestively’. That’s when they’re not popping beers with their teeth and ‘chugging’ them in one. We may have missed out a bit in this country.

Spring Break has never been a high brow holiday season, and the game makes no attempt to inject significant amounts of class, in the best possible way. This is a cheesy game full of brightly coloured symbols and grinning cartoon characters. We should also mention that it’s been around for quite a few years now. Indeed, it’s one of MicroGaming’s oldest titles. It’s sounds a bit daft as the industry is still comparably young compared to others, but you do feel nostalgic when you play it. Other online slots may be more sophisticated, but there aren’t many as enjoyable as this. Sometimes we like a bit of cheese, and Spring Break has enough to top a Quatro Formaggio.

MicroGaming’s bonus features have evolved over the years, as you’d expected. However, slots like Spring Break boast early examples of features that still characterise games today. There’s a free spins round offering your best chance of a big win. You also benefit from substituting wilds that help you form wins, which are then multiplied x2 to keep the main game interesting.

Two stereotypical Spring Break partygoers adorn the wild symbol, complete with cheesy grins and frothing drinks. The wild can substitute for every symbol other than a scatter to help you form wins across 9 different pay lines. The x2 multiplier ensures that any win involving a wild is doubled.

FREE SPINS ROUND WITH TRIPLE WINS

3, 4 or 5 scatter symbols activated 15 free spins. Wilds can appear during your bonus spins to help you form winning lines, and all wins are subject to a x3 multiplier. Should you land three or more scatters again, you can retrigger the free spins and benefit from 30 instead of 15.

WHAT ARE YOUR CHANCES OF WINNING ON SPRING BREAK?

Times have changed since Spring Break first launched. Whereas you can bet between 0.01 and €/£4.50 per spin on this game, you can now bet hundreds per round on others. MicroGaming have also released slots which offer 243 ways to win, while Spring Break has 9 fixed pay lines. Despite that, the wins do come along regularly and although it’s unlikely to appeal to high rollers, there is a x500 jackpot on offer if you luck out. That combined with the simple gameplay make it an obvious choice for the casual gamer. You’ll need to have to go some to win big but you’ll hit plenty of smaller coin drops to keep you going in the meantime.

OUR VERDICT ON THE SPRING BREAK SLOT

We’re not sure if Spring Break classes an outright ‘cult classic’ but it must come close. A lot of players have a great deal of affection for this early MicroGaming slot so it retains its popularity in the face of fierce competition. It does look a little dated and the corny theme will put some players off, but the game is still capable of holding your attention for a long session. Other more sophisticated, detailed, and graphically impressive slots may have usurped Spring Break, but the gameplay in its purest form is not reliant on these characteristics. We’d be lying if we said we play this game as much as we once did, but we’ll never strike if off the list altogether. Treat yourself to a slice of cheesy nostalgia once in a while.

Play Now
Play Now
Welcome Offer Is For New Customers Only. The Minimum First Deposit Required Is £5, For All Subsequent Deposits The Minimum Deposit Is £10. The 100 Chances Are Credited As A £25 Bonus And Players Can Wager 100 Times At £0.25 On The Mega Moolah Slot Machines. A Two Hundred Times Wagering Requirement Applies On All Bonuses And Certain Games Contribute A Different Percentage To The Wagering Requirement. See Full Terms And Conditions Here. See more
Zodiac Casino
On Registration